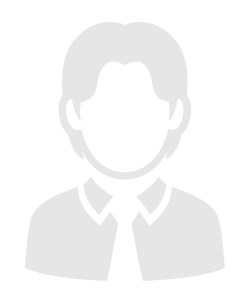 If you plan to build a new home, you will no doubt have lots of questions about how best to proceed. I am here to help you to understand the different things you need to consider when planning and constructing a new property. I don't work in the construction industry but last year, I successfully built a new property using a team of construction contractors. The contractors were real professionals who worked quickly and to a very high standard. They were very kind to me and took the time to explain exactly what they were doing at each stage of the construction job.

If the foundation of the house that you plan to renovate has sustained damage, here are a few tips that you might find helpful.

1. Tackle the source of the damage before having the foundation underpinned

If the damage that the foundation has sustained has rendered it structurally unstable, you will probably have to arrange to have it underpinned by a tradesperson who specialises in house underpinning. This process involves fitting solid columns (which are usually made from steel) into the foundation. These columns will stabilise the foundation and correct any structural abnormalities that would otherwise inflict damage on the rest of the house.

However, before the underpinning process begins, it is important to tackle the source of the damage. The reason for this is that even if the foundation is underpinned, it may still sustain damage over the course of the coming months if the root cause of this issue is not determined and resolved.

For example, if the damage is the result of nearby tree roots growing under the house and either placing pressure on the concrete foundation (and thus causing it to buckle), or absorbing water from the dirt below the foundation and causing the concrete blocks to sink downwards (an issue that is referred to as 'subsidence'), then it would be advisable to remove the tree and the entire root system before getting the foundation underpinned.

If you don't, the tree roots will simply carry on growing and will inflict more and more damage on the foundation. Whilst the aforementioned steel columns may slow down the rate at which this damage occurs, they will not halt it entirely. This could then lead to all kinds of structural problems emerging in the house after you have spent a great deal of money renovating it (as foundation damage almost always leads to a building developing widespread structural issues).

2. Some things should wait until the unpinning work is finished

Whilst the underpinning work is being carried out on the foundation, you might be tempted to begin replacing or repairing features around the house that have been damaged as a result of the structurally unstable foundation. For example, you might be thinking about re-rendering the cracked exterior walls or replacing the distorted door frames.

In short, it is a waste of time and money to do this type of work before the foundation has been stabilised.